Oldies on the Internet

Apologies---it's been another one of those.....

All about Photography and Cameras. Tips, advice and somewhere to show your photos.
Post Reply
5 posts • Page 1 of 1

Apologies---it's been another one of those.....

As I was biking my usual route last Sunday (08/15---approx. 6:00PM), I spotted this wisp of smoke over one of our heavily populated subdivisions: 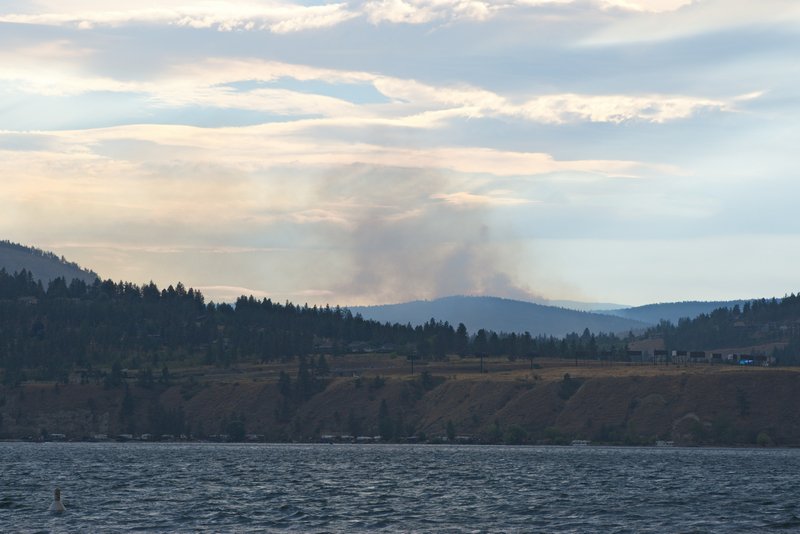 Shortly thereafter, we heard water bombers heading over down the valley--over the lake: 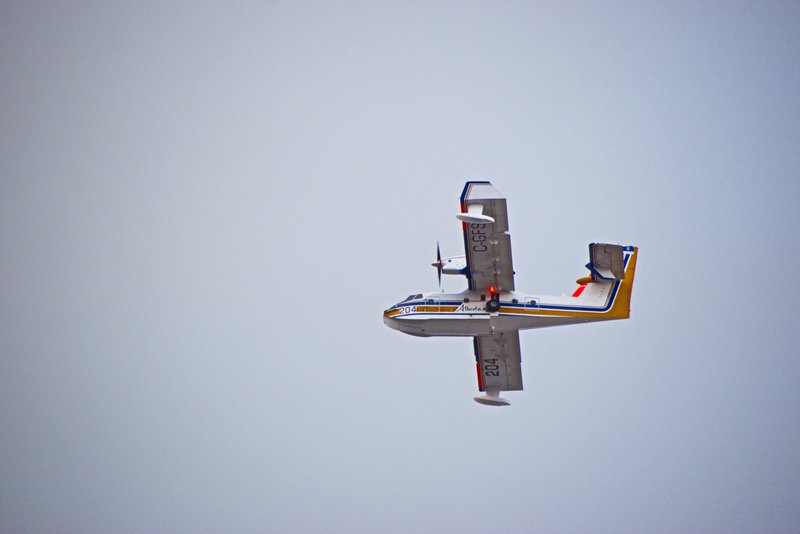 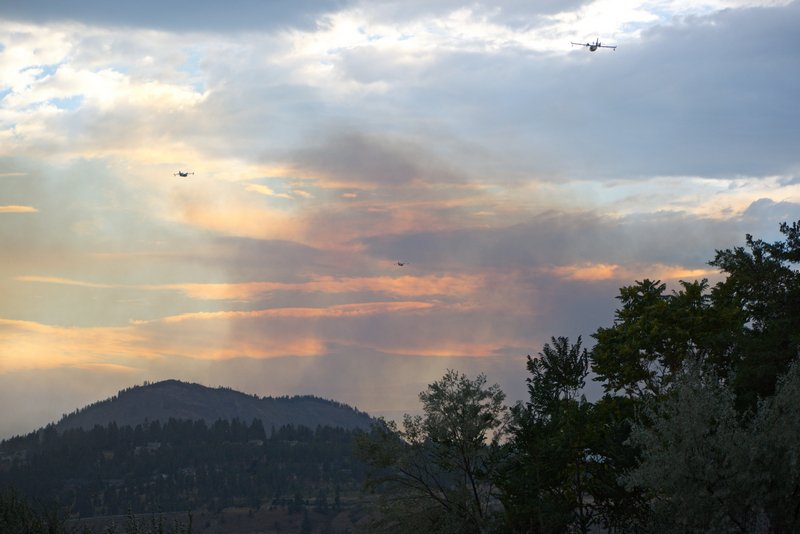 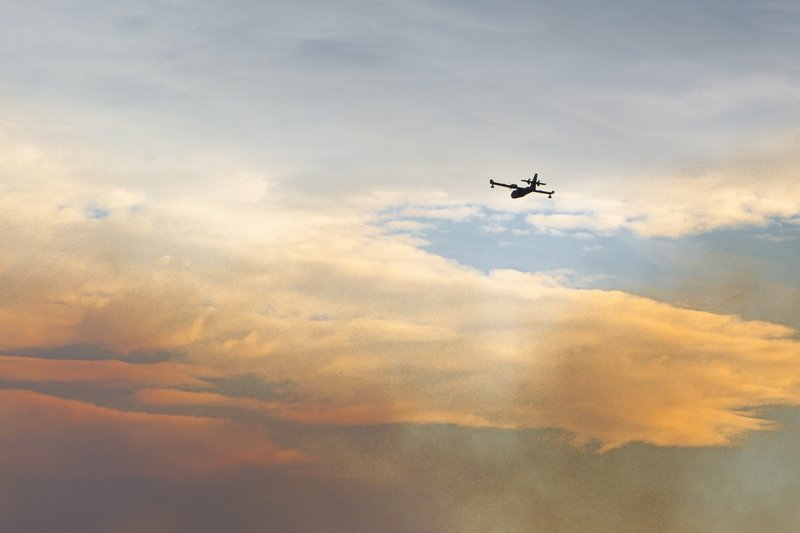 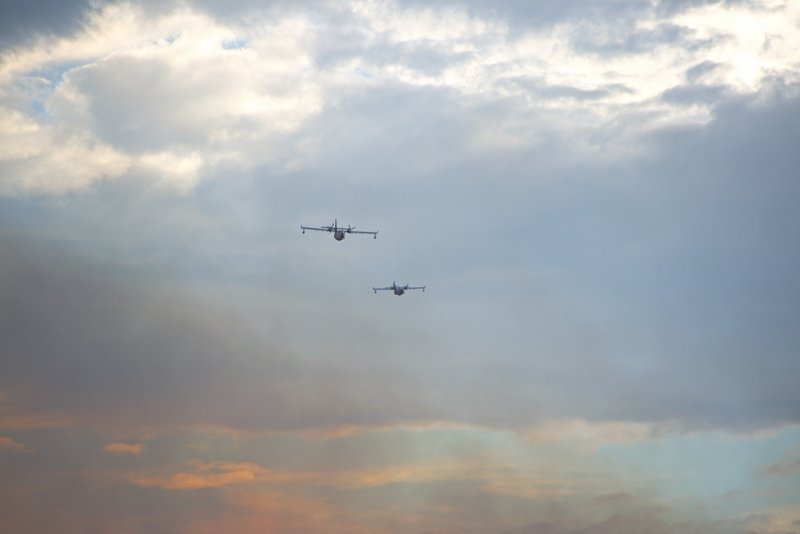 They kept up the fight until they had to head to base to refuel---and ran out of daylight.

This is the same fire about two hours later---despite best efforts from four bombers, three bucketing helicopters, several dozen pieces of heavy equipment and likely about a hundred residents, firefighters, farmers, and their neighbours. 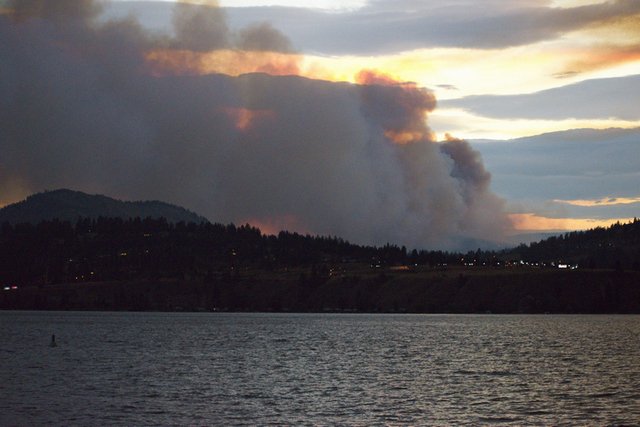 ---and then the winds picked up . Note the whitecaps on the water and the suddenly very dark skies. 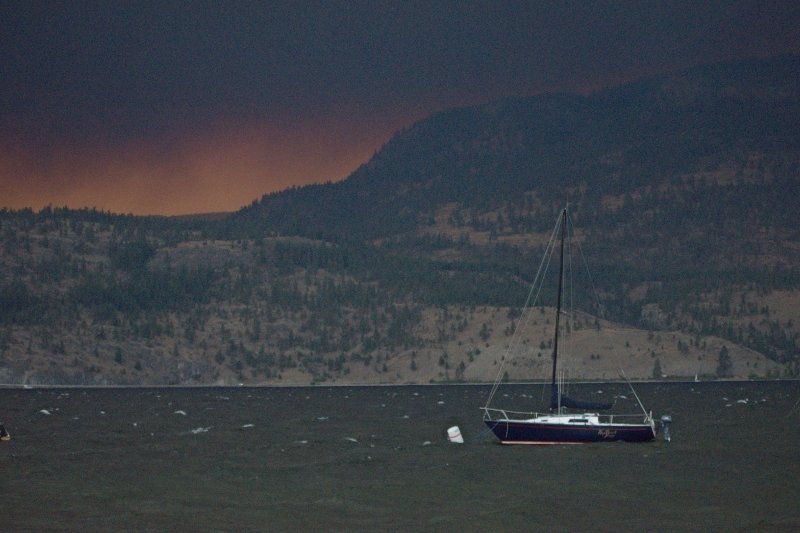 Pardon the poor quality. I had the wrong lens on so the light soon became difficult.

I'll follow up with some of the other pics I took over those two hours.
Top

As promised, here's a few more shots over a two hour period.
Note the change in weather, light conditions and wave action.

This is how light the skies were above the smoke when they started the fight. 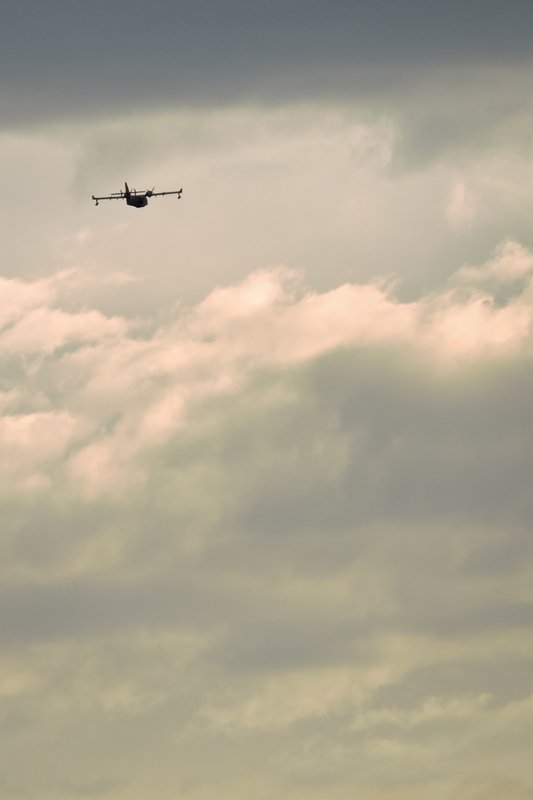 The water bombers skim the surface of the lake to fill the tanks: 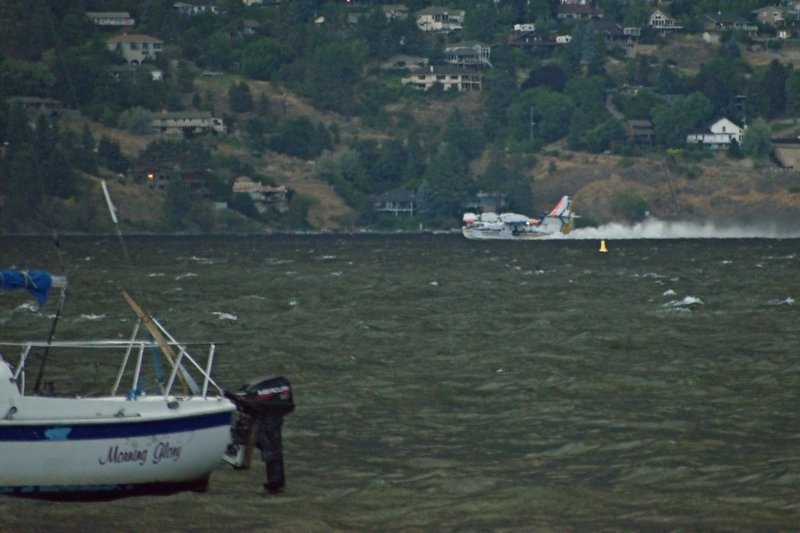 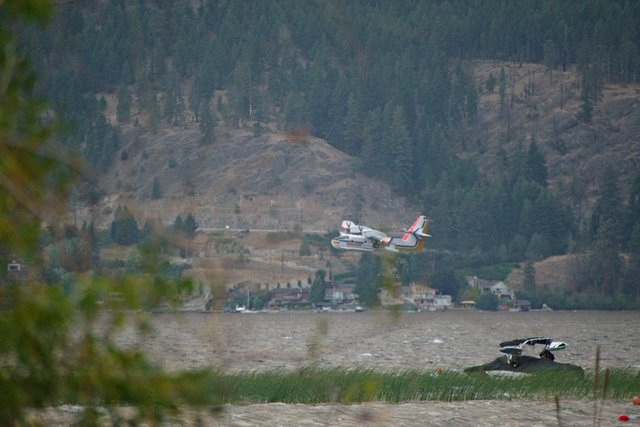 Note how dark (and grainy?) the sky is becoming: 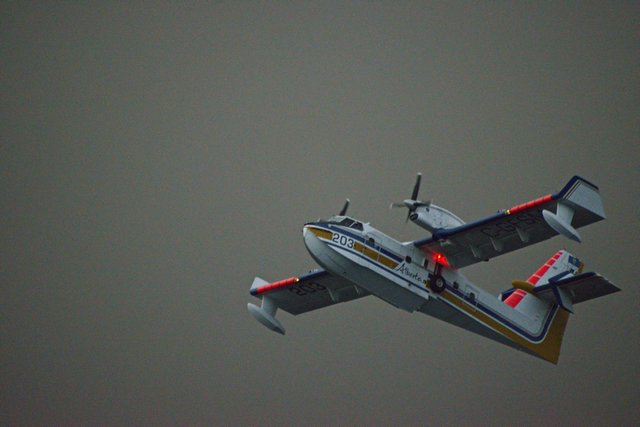 Still, it made for some interesting shots as the planes were climbing through the smoke: 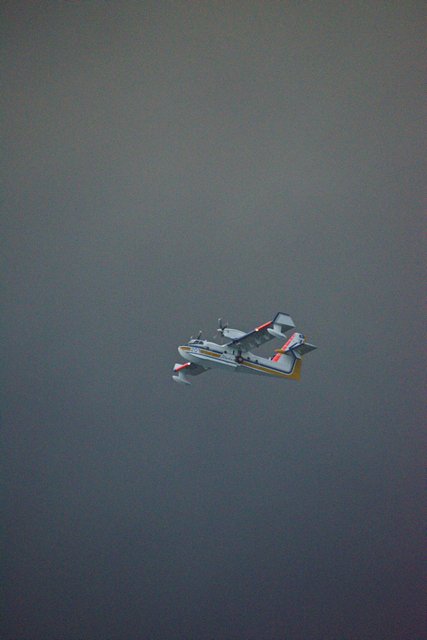 And this was the light level when I headed for home: 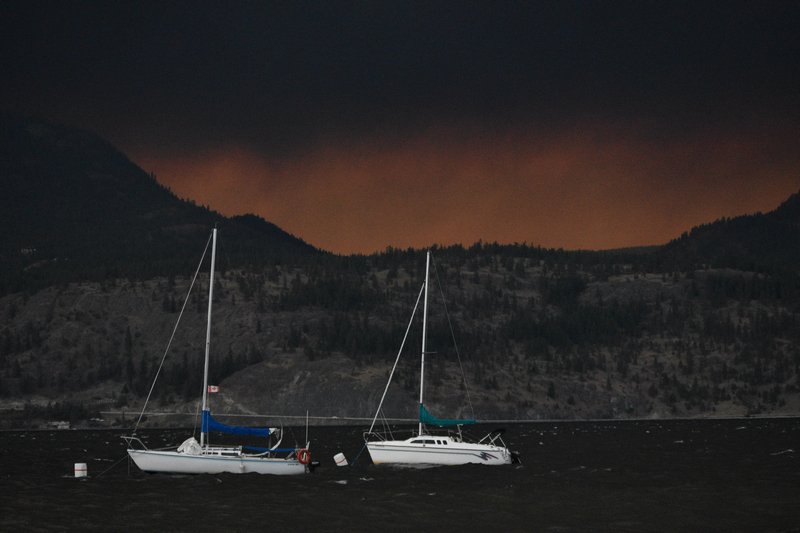 It has been another fire-filled and smokey summer---starting way back in early May.
I'll be posting a few 'smoke' shots as soon as I can get them processed.

So don't give up on us, Skeeter. Just because we don't comment every time doesn't mean we're not enjoying your work. (...and no news is usually good news,...right!!?)
Check the number of 'Views' each of your posts has been getting!!
Top

Tragic, Kas, but great shots. There have been forest fires all over the world recently, very sad.
Top

Great shots kas .Good record of very sad events. Does this happen every year? Are any of them due to arson do you thin? Keep safe.
Top